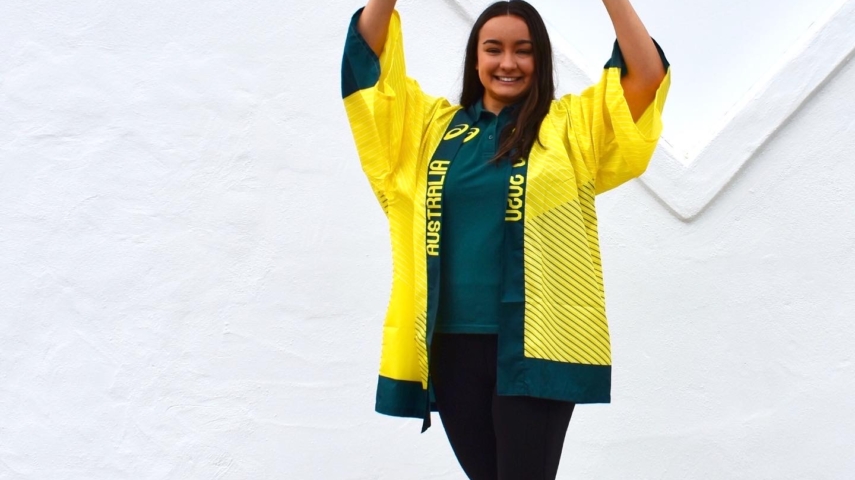 Twenty-year-old Burkhill, who has been part of the national team since 2018, will fulfill an Olympic dream sparked as a 12-year-old watching the Synchronised Swimming at the London 2012 Games.

The Artistic Swimming Team for Tokyo was selected in February 2020. With Rose announcing her retirement in August this year, Australian Chef de Mission for Tokyo 2020 Ian Chesterman welcomed Hannah to the Team.

WA based Burkhill, from the SupaNova Synchronised Swimming Club is no stranger to elite competition, helping to secure Australia’s qualification for Tokyo 2020 at the 2019 World Championships in Gwangju, South Korea.

“This is a dream come true, I’ve wanted this for so long,” Burkhill said. “In 2012 I had just started competing and I was so excited to see the Olympic Team in person in their lead-up and watching them compete at the London Olympics. I still can’t believe I’ll be at my own Games next year.

“It’s been such a crazy year and this moment is so happy but also bittersweet. After just missing out on the initial selection in February, I’m so glad to have another opportunity, but sad that Rose won’t be with the team next year.

“At Tokyo I just want to put together a swim that our community, supporters and country can be proud of.”

“With mixed emotions, ASAI announces the retirement of the very talented Rose Stackpole,” Ms Davis said. “Rose was a force to be reckoned with in the pool as a Rio 2016 Olympian competing in both the team and duet events.  She will be missed at the swimming pool and we wish her the best in her future endeavours.

“With the retirement of Rose, we are also pleased to welcome new talent to the Tokyo 2020 Team.  Congratulations to Hannah Burkhill on her selection to the 2020 Olympic Team.  Hannah is an exceptionally hard-working and skilled athlete, we are confident she will make Australia proud in Tokyo.”